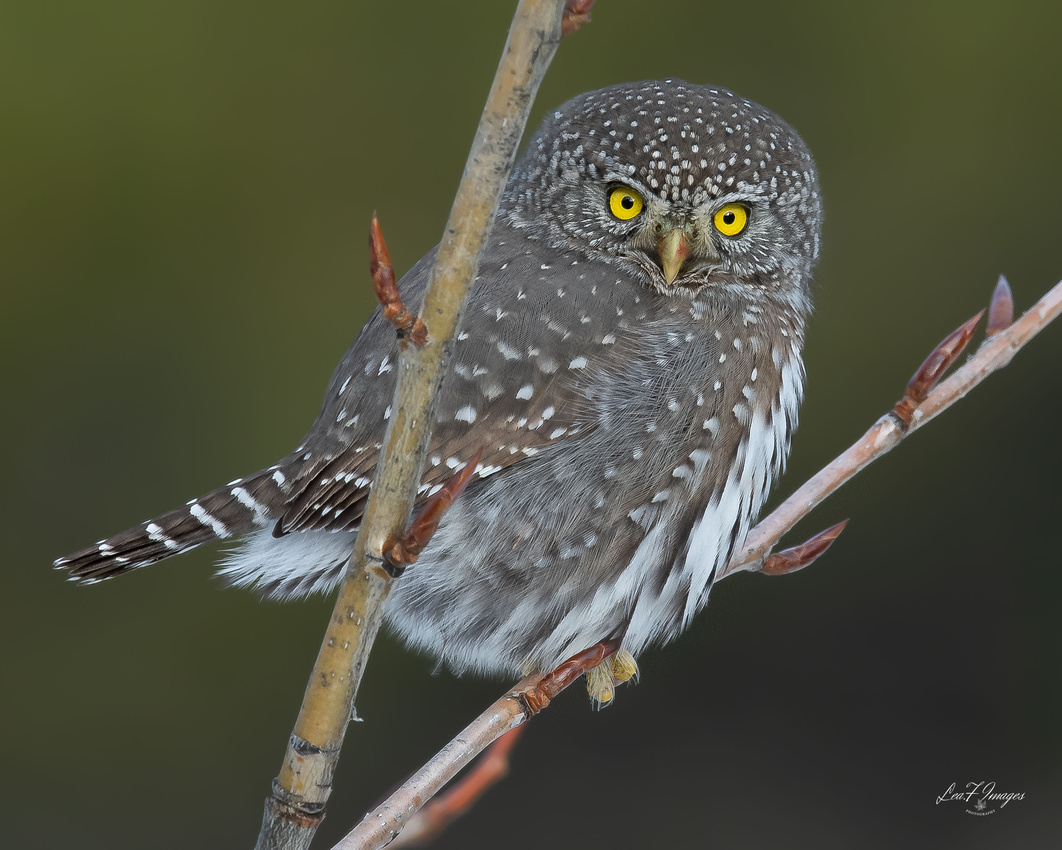 Small and Fierce (Northern Pygmy Owl)Image Description: Perched high a Northern Pygmy Owl glances my direction briefly before returning to its focused search for prey.
Back Story: Owls are always a favorite subject for me. During my latest venture to Glacier National Park, My husband spotted this Northern pygmy owl right next to a parking area for a trail. Since Northern pygmy owls are diurnal they can be found hunting during the day. This little one picked a great spot as on several occasions when we drove by I noticed a small flock of pine siskins in the trees. Small song birds are always on the menu for the pygmy.

While there are times when we just cruise around randomly, most of the time Lea and I are out looking for animals, we have some sort of game plan. Lea will often have a “feeling” about what might be good to look for on a given day, and we then go places that have the right habitat for what she is looking for. The frequency that she finds the animals that she is looking for is almost scary. She just has a knack for being in the right place at the right time, and she knows where to look for a lot of different animals.

That doesn’t mean we don’t happen on fun surprises, and she will definitely take advantage of any opportunities that comes her way. That was the case on a December day in Glacier National Park. Our goal was to find some otters, and we were hiking along trails that brought us along streams and rivers which we thought might have potential. It was late in the day, and we had just stopped at a trail head that we had explored earlier in the day with great habitat that we felt it was worth a second look. We were putting on our micro spikes, as the ground was mostly covered in ice, when I noticed a bird flutter up next to the car with an unusual wing beat. While it wasn’t big, it had the distinctive, almost butterfly like stroke that I normally associated with owls. A second look confirmed my hopes. It was a pygmy owl!

“Lea, we have an owl” I said in a hushed tone. She immediately stopped what she was doing, grabbed her camera, and with spikes on just one boot, carefully hobbled up to the front of the car. Hesitating for a moment thinking she would see something much larger, she quickly found the bird in her camera lens and started shooting. Whenever animals show up unexpectedly, or at close range, you never know how much time you have, so she braced her camera on the guard rail and took the first few pics while I set up the tripod. (If you have seen how big her lens is you understand that this is no small feat!) The owl didn’t seem to be bothered by our presence, and in the end she was able to mount the camera on the tripod, and take a good 15 or twenty minutes playing with exposures and position to ensure she had a good shot. 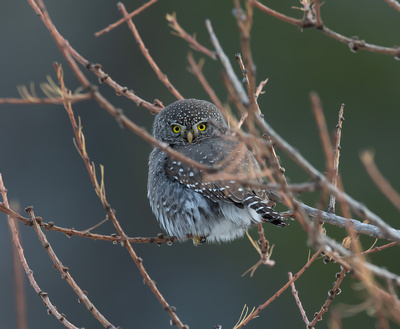 Focused on the Prize

During the middle of her shoot, a group of college students emerged from the trail laughing and talking loudly, but even that didn’t disturb our bird. One of the students saw Lea with her camera and asked “Is that an owl??” When I said yes, she exclaimed “Awwwww, its just a baby! So cute!” When I pointed out that it was a full grown pygmy owl she was really amazed. They are small birds, as raptors go, but to the pine siskin and other small birds they prey on, they are pure hell on wheels. There had been a large flock of siskins here earlier in the morning, and I am fairly certain that our owl was waiting for them to return.

Lea eventually had all of the pictures she figured she would need, and we finished gearing up and started hiking down the trail. Turns our her best images were among the very first shots that she took when we first spotted it. It also turns out that we found our otter about thirty minutes later, setting up yet another photo opportunity. 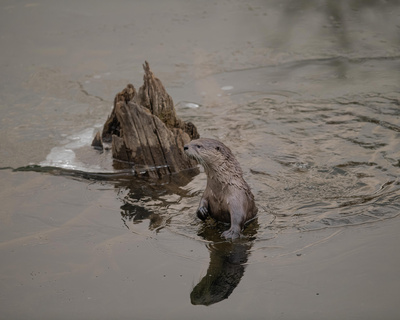 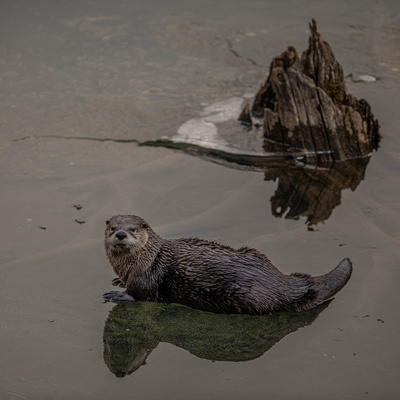 SEE you next time,

I am so grateful for your continued support of my art.